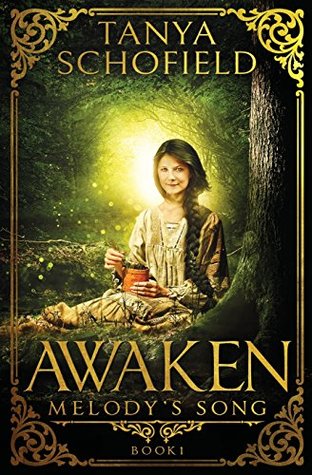 Melody has always lived a peaceful life, sheltered and protected by the few who know the truth about her past— and about the danger that exists because of her growing magical abilities. Everything changes when an old friend arrives, and she is forced to flee a deadly attack. Two brothers, Jovan and Kaeliph, are in the wrong place at the wrong time. They’re framed for a crime they did not commit, and they only seal their fate as they make their escape. Believing the brothers murdered his son, a powerful Lord tasks his soldiers with hunting them. They are one step ahead of a death sentence when they meet Melody. The three young adults realize they are running from the same man, and only by sticking together do they have a chance. As they struggle to evade the Lord’s minions, they learn of an ancient evil that is a threat to more than just them, it is a threat to the entire world.

I received this book from NetGalley in exchange for an honest review.

Overall, this was a quick and fun read. The author does not drone on nor does she fall into this YA-auhtor pit of describing every character, landscape, tree, dog, thing–the story has a good pace and I finished it in one night.

The character’s are great–I loved the brothers and how different they are from one another.

I’m not sure if I like Melody–it took the entire book for to become stronger. She was literally sick and exhausted the entire time! I love seeing female characters who are tough and badass! I wanted to see her embracing her magic more and taking ownership of her actions but I imagine how the book ended, she will do so.

What kind of bugged me was the end. There is a very violent scene that I felt was kind of unnecessary. I did not feel like it had to be thrown into the story and I know there is such a big debate nowadays with books labeled YA when they have mature contents, so I feel like if the author wanted to include the violent scene, she did not have to describe it and could have just implied it? I’m not sure if that’s the best bet but I can see someone getting mad about the mature content.

Overall, I liked it! I will read the next one!